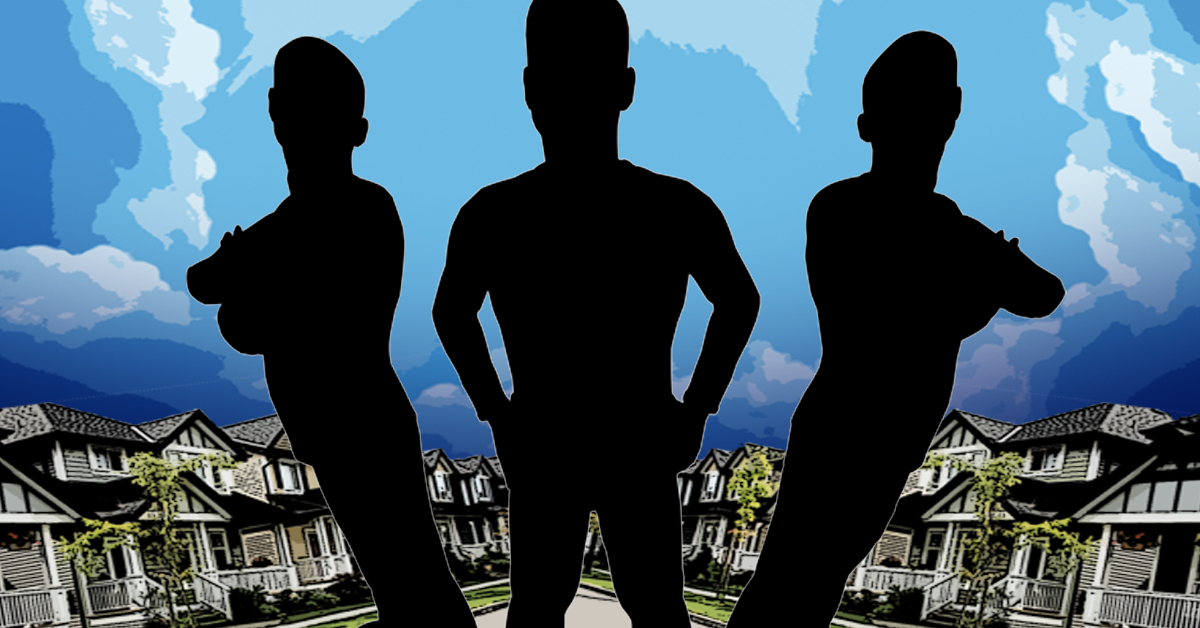 He’s the butt of every joke, the fool in every commercial—the dad is corporate America’s only safe target for abuse and defamation. We know/love/hate him from thousands of appearances in movies, TV, radio and more.

He loves and cares for his family, is successful in his career, popular in the neighborhood, can dress himself (often without injury) and is capable of reasonable thought. Demographically, however, he functions like a four-year-old that can’t quite master the intricacies of the potty.

It isn’t his fault. He studied hard and got a college degree. He works hard and earns a comfortable living. But, like all other dads, he leads a dual life; competent member of society by day, helpless male by night, weekends and holidays.

He has served for years as the nervous legal department-approved foil of commercials, TV and movies. And, for this service, we thank him. No one has ever cared to look inside the mind of Dad—probably for a fear of what we might find—but, if we took a minute to consider it, we may see that he’s not as dumb as we all think. But, he probably is. 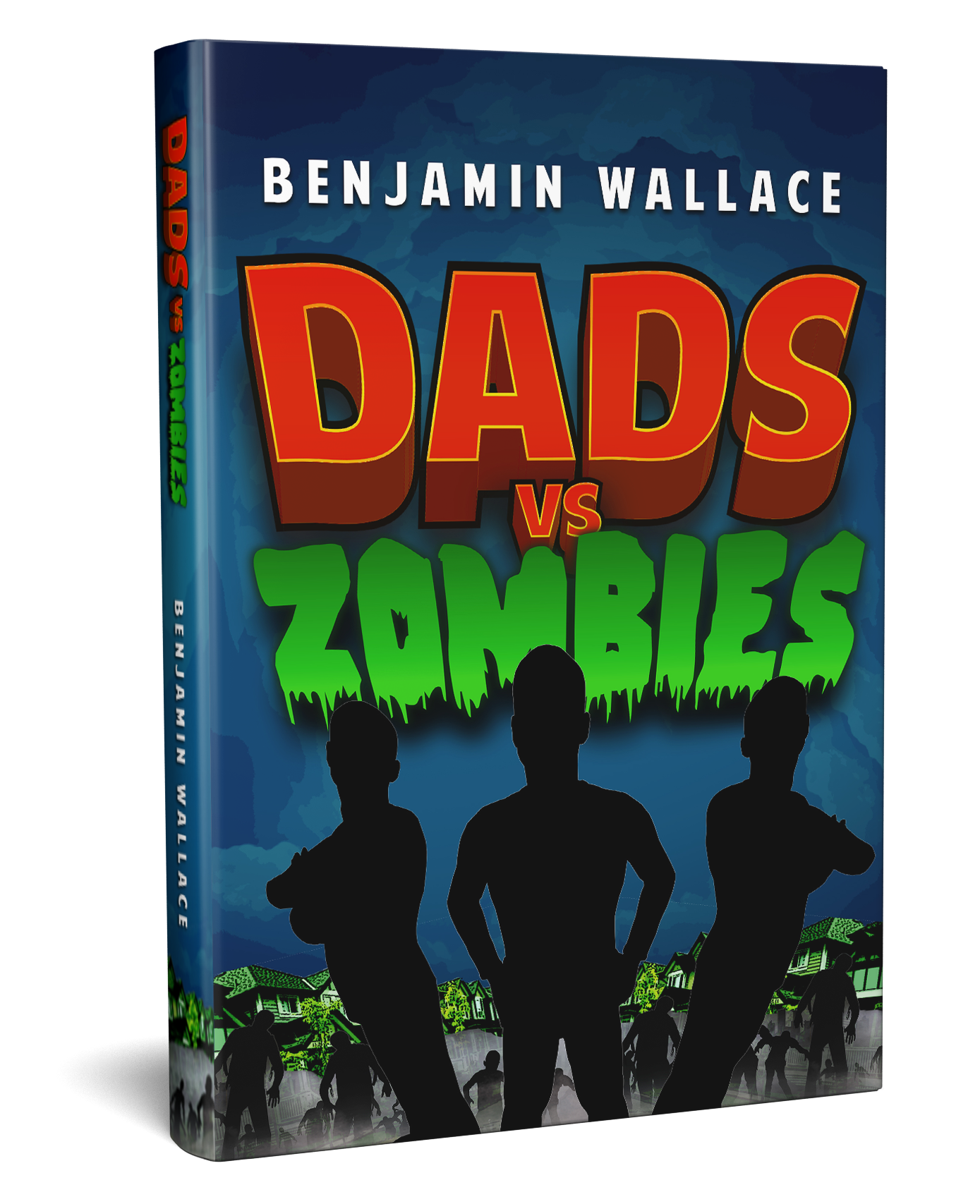 John, Chris and Erik are neighbors in the quaint subdivision of The Creeks of Sage Valley Phase II. The three men happily live the typical suburban family life. Their only real problems have been with each other and the draconian rules of the HOA. But, that all changes when the dead rise from their graves and walk the Earth.

Now, they must reluctantly join together to survive the spreading apocalypse and find their families. Personal fears, long buried secrets and their own personalities threaten to tear the group apart as they make their way across the zombie ridden landscape in Dads vs. Zombies. 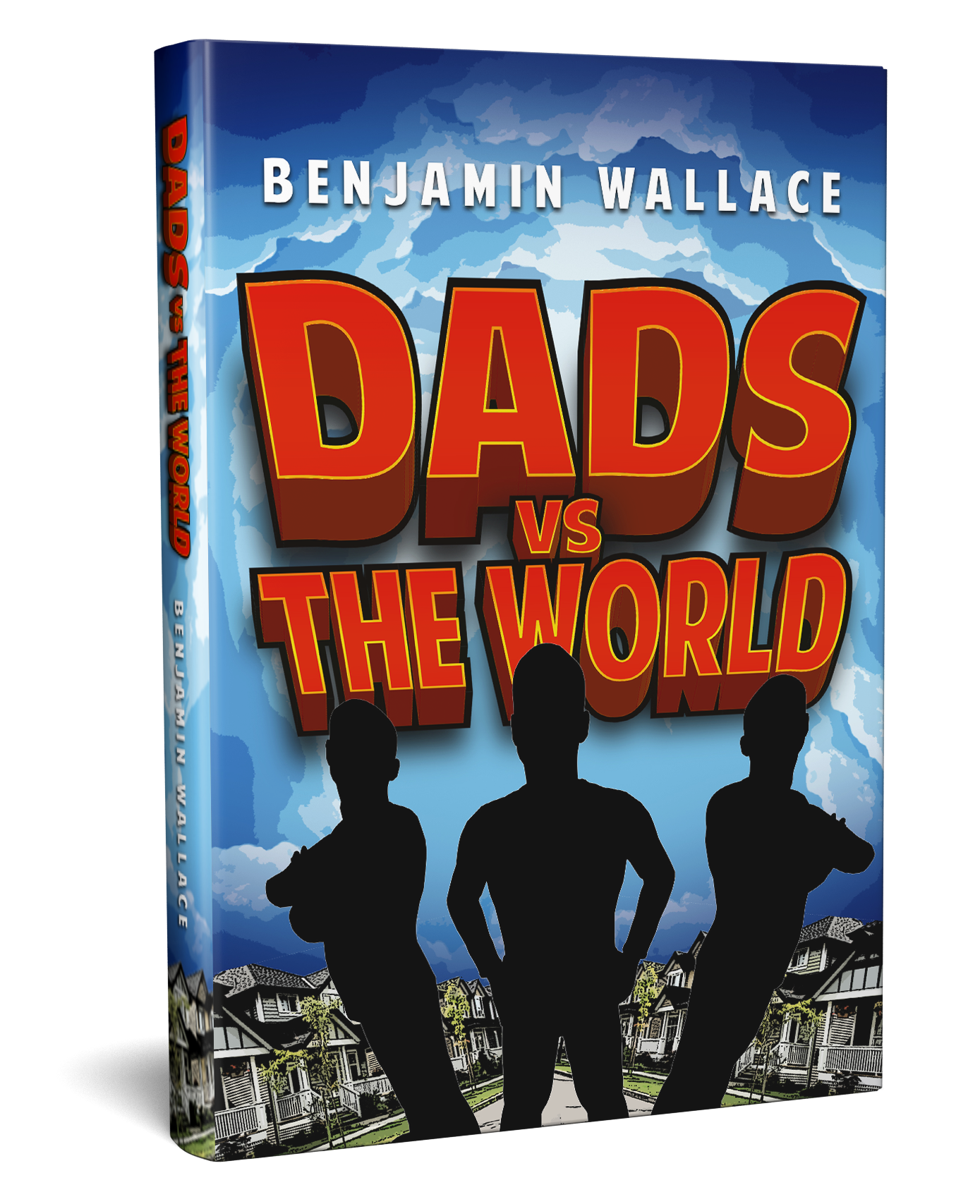 Dads vs. The World

John, Chris and Erik are neighbors in the quaint subdivision of The Creeks of Sage Valley Phase II. The three men happily live the typical suburban family life. But, it’s not all birthday parties and bounce houses.

These men struggle every day to fulfill their roles as fathers, friends and husbands. They face challenges like grocery shopping under pressure, learning to be the Tooth Fairy and competing for Halloween bragging rights. Throw in Santa and the HOA and it all adds up to a whole lot of crap.

Dad vs. the Grocery Store – John would rather sit and watch the game, but his wife needs some things at the store. Can he complete the list and get back in time to see the end of the game?

Dad vs. Halloween – Every Halloween, Chris has the scariest house on the block and gives out the best candy. But, this year, someone is showing him up and he’ll stop at nothing to find out who.

Dad vs. Santa – Erik has planned the perfect Christmas for his family. The plan is foolproof, bulletproof and flame retardant. Nothing can undo the hours of planning and preparation. Nothing except maybe odd-shaped packages, ill-timed fruitcakes or an errant neighborhood Santa Claus.

Dad vs. the Tooth Fairy – Erik always has a plan and he’s sure he would have figured out the whole Tooth Fairy thing eventually. But, when his three-year-old son takes a frisbee to the mouth, he’s forced to speed things up. Between neighborhood kids with big mouths and unhelpful dentists he’s going to need to improvise. Will he bend to the pressure of inflation? Will he get caught in the act? And, what do you do with those teeth anyway?

Dad vs. The HOA (A novella) – There comes a time in every man’s life when he must stand for the things he believes in. John doesn’t believe in bagging his grass. So, when a new allergy-prone neighbor gets the HOA to require it, there’s only one thing he can do – run for President of The Creeks of Sage Valley Phase II.

John, Chris and Erik put aside most of their differences to run a campaign that they hope will see John elected as President and end the meddling of the rule-loving new kid on the block. Will they succeed? It’s doubtful.