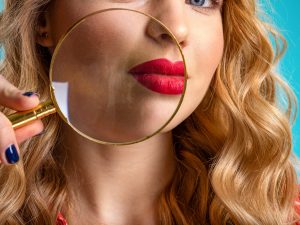 You probably know her already. She pops up all the time on social media whenever there is a local crime and cracks the case using insight that rivals Poirot, Lansbury, or a three-year-old that is rocking back and forth and rattling off the names of things they are looking at.

For example, if a package is stolen off a porch and the police post Ring camera footage of the thief and their car, she will tell the police, “You need to run the plates. Their plates might be in the system.” It’s this kind of esoteric knowledge that your average police detective simply doesn’t possess that makes her so indispensable to the local constabulary.

A recent example from our own police blotter occurred when a jealous ex-boyfriend shot a woman’s new suitor. While the police had reached their wits’ end after a K9 and helicopter chase that turned up nothing except the shooter’s backpack and the weapon, Dt. Karen stepped in to breathe new life into the case with, “Ask the girlfriend. She may know what the ex-boyfriend looks like. She might even know his name.” In addition to this master sleuthing, DtK was also able to deduce the motivation for the crime. “It’s because we let those liquor stores into town and I told you it was a bad idea to build those apartments.”

Obviously, the police are reluctant to praise this Homebound Holmes because she makes them look bad. But secretly they have to be thankful she’s there. How else would they know to think that a couple of young teenagers who were caught on camera, “Are probably students at a school!”

Look for Detective Karen soon in her first full-length adventure, Where Are These Kids’ Parents? 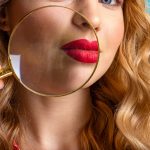 This is old stuff. Newsletter subscribers got it way before you did. Get it when it’s new. Get Graying Matter delivered to your inbox each week. You’ll get a free book, too. Sign up here.