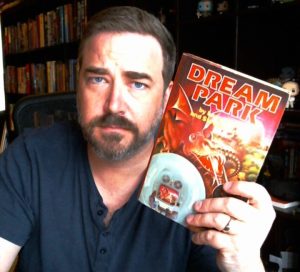 Crichton did it first. As far as I can tell, Westworld was the original fantasy theme park gone awry story. He cemented his claim to the genre 17 years later with Jurassic Park. But Dream Park by Larry Niven and Steven Barnes seems to be the first book where there’s trouble in a high tech theme park/fantasy world.  And that’s what I’m reading this week. 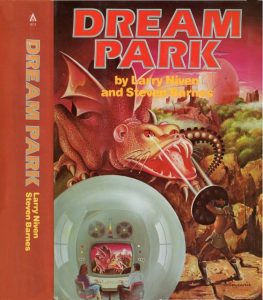 I’ve got the Book Club edition. It could be an AD&D module.

The cover art screams some sort of TSR affiliation and from the description, it seems clear that Dungeons and Dragons was the influence behind the story. Many are crediting Dream Park with being the granddaddy of the LitRPG genre but I would be surprised if it were any kind of influence other than being the first book to scream “Help! I’m trapped in a video game!” (And it only beat Tron by a couple of years). The LitRPG genre (admittedly I’ve only read a couple) feel almost exclusively influenced by video games with a heavy focus on level progression and inventory management. 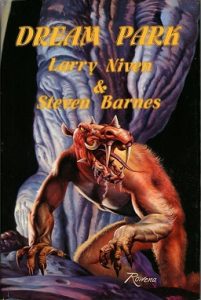 I wouldn’t be surprised if these were D&D artists doing the covers.

I love older sci-fi books. The cover art is so delightfully terrible. I found the book club cover, but I pulled up a few of the others. 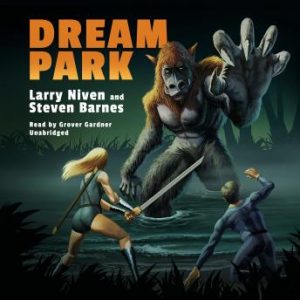 This looks like it’s right out of The Herculoids. Not sure what Mister Fantastic is doing there.

One thing I found interesting was that the book spawned a company that tried to bring the park to life in the real world. It ultimately failed. But what they started became MagiQuest. And my kids love that place.

What are you reading this week?