“And why not?” Hiro raised his voice to match the team’s leader. “Bulk’s got nipple missiles.”

Val slammed a fist into the table. “That’s not what we call them and you know it! Those are the Nimbus Intercept Plasma Pulse Laser Explosive Systems!”

-Hiro and the team in Goliath’s End

I don’t have a favorite many things. My kids are always asking me what my favorite things are and I usually can’t choose. Partly because if I tell them who my favorite Marvel character is, then I have to pick my favorite Avenger, then X-Man, then Spidey foe and suddenly I’m knee-deep in a bracket challenge that I’ll never get out of. But it’s mostly because I don’t have a lot of strong feelings about most things in most categories.

But I do have a favorite acronym. And it’s not even one of my own.

This is, of course, the Vicious Evil Network of Mayhem. The organization formed by Miles Mayhem after stealing half the vehicle plans from the leader of the Mobile Armored Strike Kommand, Matt Tracker.

It’s clever. There’s no denying that. But I think I like it because it’s honest, too. And you don’t usually see that kind of vicious honesty in evil organizations. So, that’s my favorite. 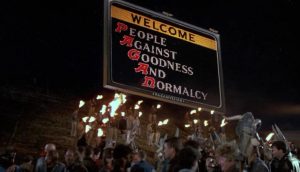