New suffixes for a better world 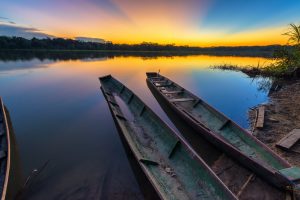 -pro I have formally studied this topic and spent years in the field as a practicing professional.

-vis A person on the TV told me to think this. She had pretty hair and those people only tell the truth.

-cho It sounds like something I heard before. I wouldn’t hear it twice if it wasn’t true.

-ribal A person associated within my clique told me not to question it or bother looking it up. So I won’t do either.

-ube I received the information from an unvetted source on YouTube that just popped up thanks to the algorithm. But the guy in the video seemed really sure of what he was saying and swore a lot which means it’s true.

-ticon I’m using my understanding of science that I’ve cobbled together from Michael Bay and Roland Emmerich movies and old episodes of GI Joe. Probably the one where they crossed into another dimension where Cobra was in charge.

-ticless I read the headline of an article, got mad and didn’t bother reading to the fourth paragraph where the actual facts were buried and clarified that the headline wasn’t really accurate at all but just written to get me riled up and share the post.

-dangertomyselfandothers I saw it in a meme.

-lenon At this point I’m just repeating lyrics from a Beatles song. I don’t know what they mean.

-analy I pulled this information out of my ass and have nothing but insults to back it up.

-bs Not even I believe it but I will fight you if you disagree.

-timony I’m not sure where I developed this belief but if you question it, it is the equivalent to pissing on my loved one’s grave so I will boycott you.

I think if everyone starts using these, the conversations we are having will start making a lot more sense.

Buy my books, would ya? At least I admit they’re made up.