At some point there was a brainstorm at Hasbro where they determined that there couldn’t possibly be a character, vehicle, setting or moment left from Star Wars that wasn’t already a toy.

Then someone, probably a smarmy young upstart trying to make his (or her, women can be smarmy) mark said, “What about the hallway from the opening of the first movie?”

There were probably some chuckles from the veterans. The laughs undoubtedly grew as the senior executive in the room asked, “Do you really think you can sell someone something that is just four walls?” The smarmy guy (or gal) probably let everyone get the laughter out of their systems before saying with a smirk, “No, sir. Two walls.”

And here it is. The Tantive IV Action Hallway Playset with opening and closing door action features.

Get your hallway now! 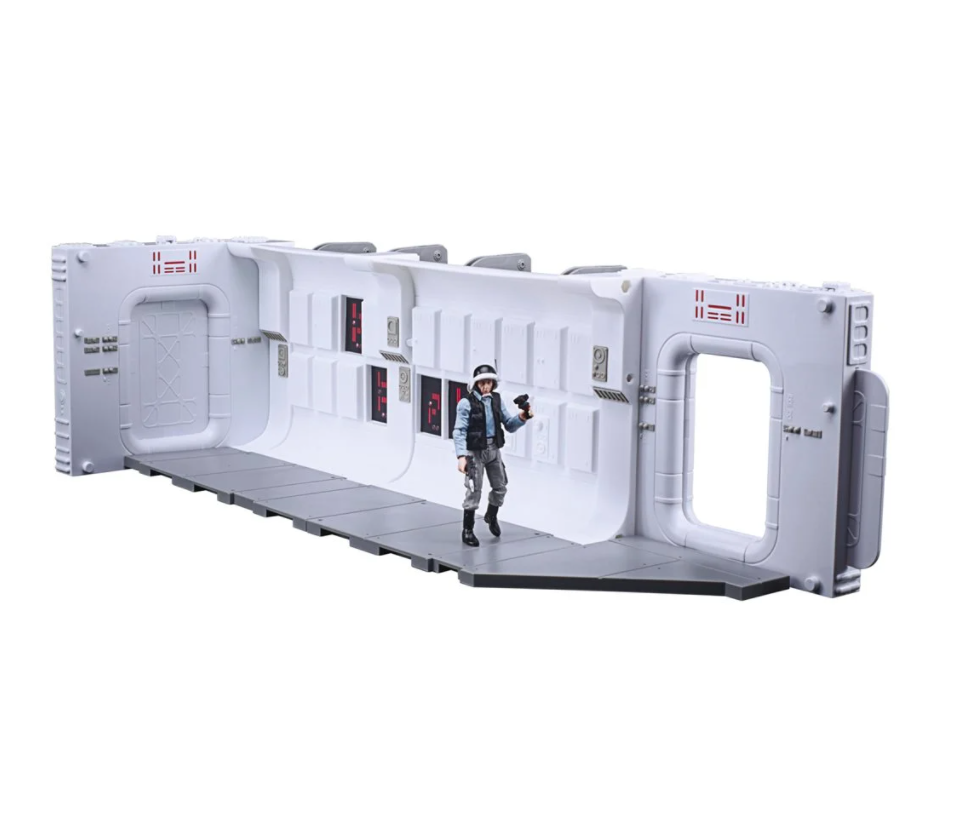 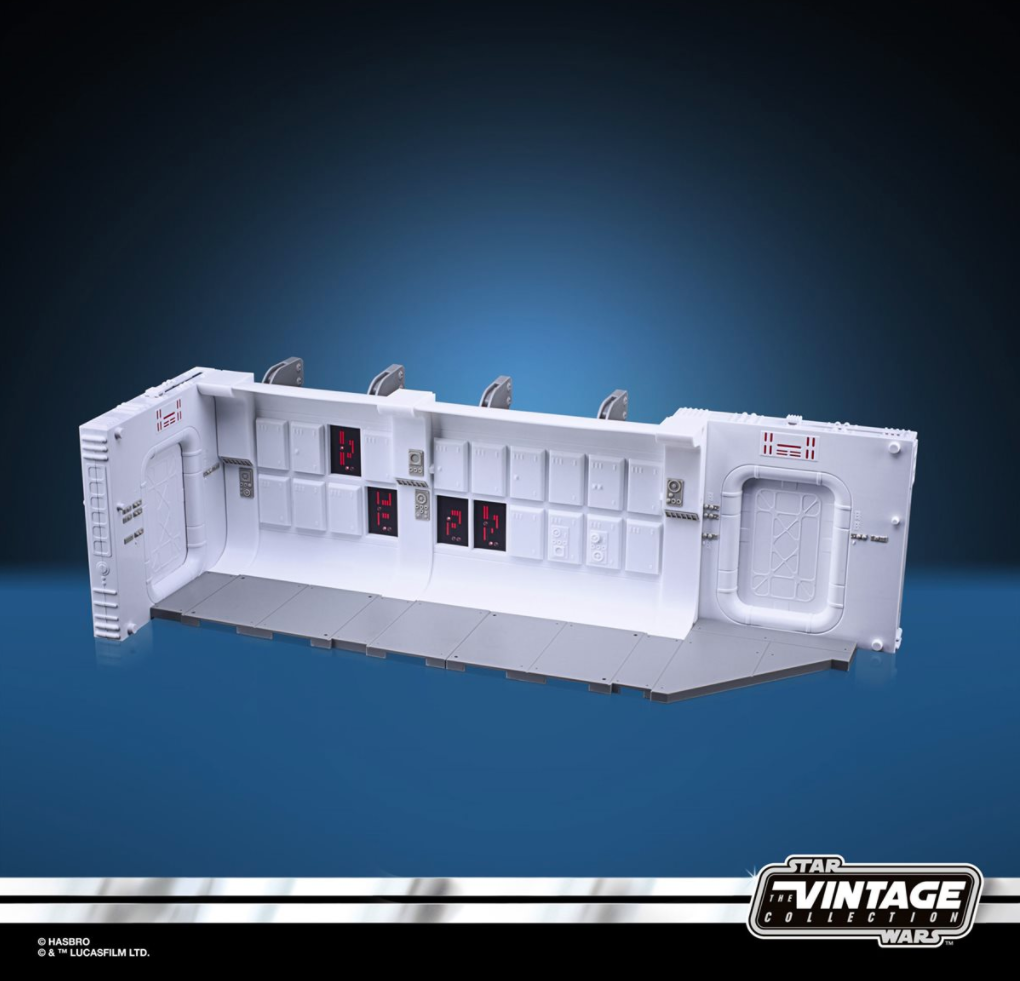 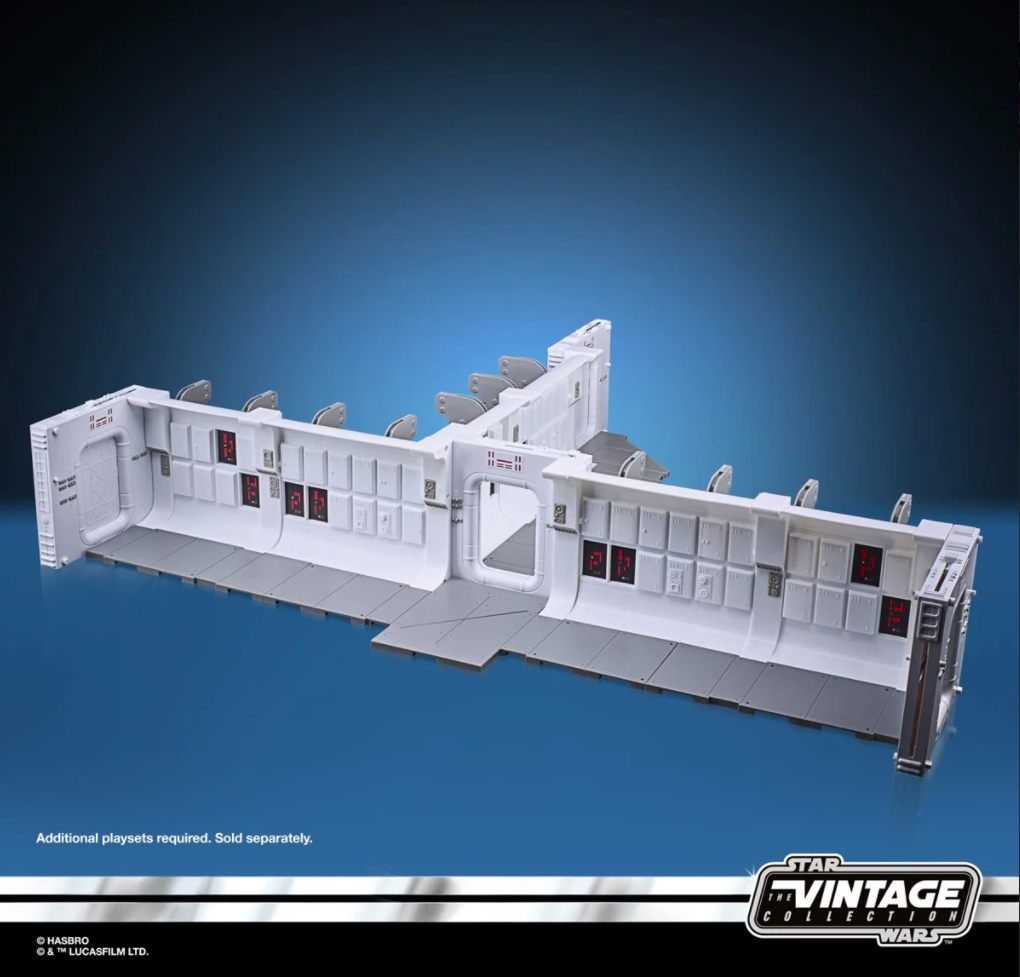 Get Your Own Hallway! 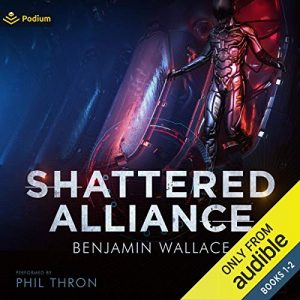 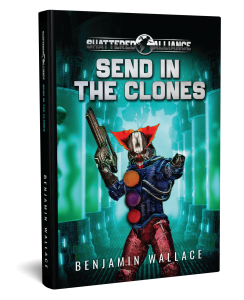