The coolest Star Wars playset I had wasn’t the Death Star. It wasn’t the remote control Sandcrawler. It didn’t even come from Kenner. It came from the November 1978 issue of Woman’s Day Magazine. I’m talking about the Outer-Space Station. 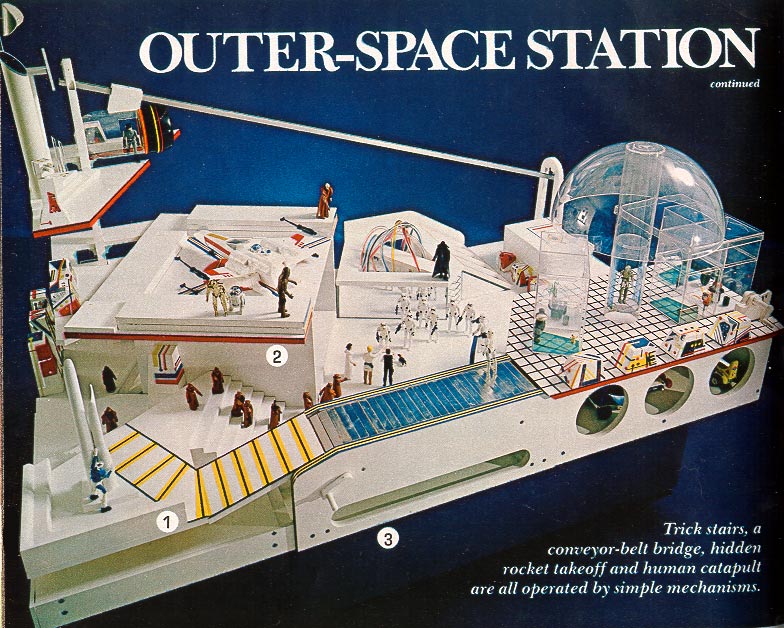 It looked like Logan’s Run and was populated with Star Wars toys and the odd Micronaut. It had a working conveyor belt, elevators, trap stairs and all the toys a boy could want. But the real trick was you couldn’t buy it. 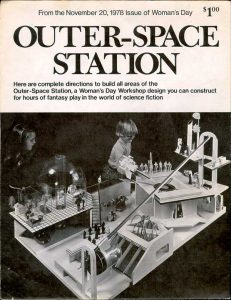 Like all the cool stuff back then, you had to mail away for it. The plans cost you a cool buck and, at age three, you had to know someone awesome enough to build it for you.

My dad was that someone. I’m not certain he’s the one that spotted it in the magazine, but he got a hold of the instructions and set to work building us a surprise space station on a 4×8 sheet of plywood.

This thing was massive and was built from several components. He’d disappear into his basement workshop each night and toil away on a new piece. 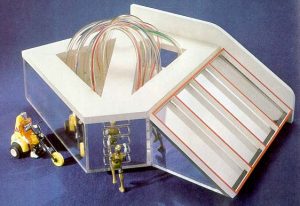 There was a power station. I don’t recall having the mirrors but I remember the plastic tubing for sure. 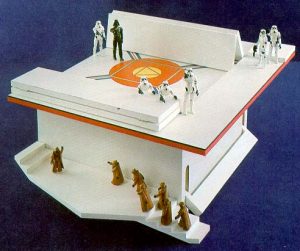 We had the launchpad long before we had an X-Wing to place on it. 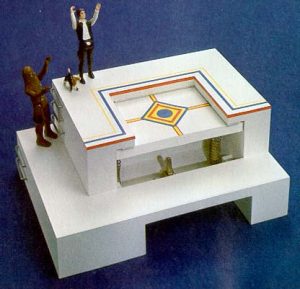 The personnel elevator doubled as a fantastic torture device. 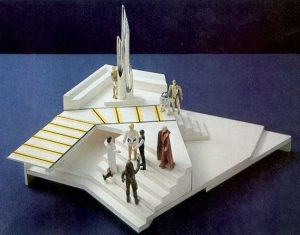 This may look like it was predicting Cloud City, but I think Logan’s Run served as the primary inspiration during the design process. The Star Wars figures were just the hot toys at the time. 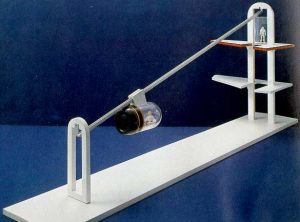 This monorail was the coolest. It ran on fishing line and counterweight system. The capsule itself was made from a 2-liter soda bottle. Back when they came with a plastic base on more solid them. 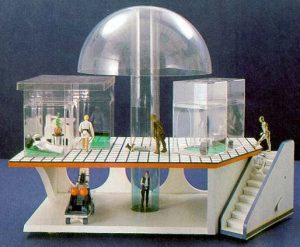 I spent many years working near the underground tunnels where they shot Logan’s Run. There’s Subway down there now. But this feels so much like that era it’s ridiculous. 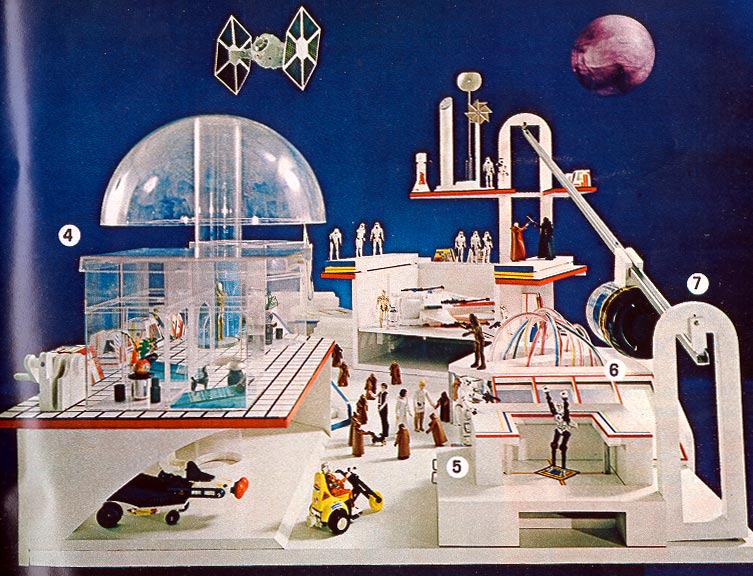 It was amazing. We had the playset in the basement for a couple of years. In that time our fickle interests turned to the battle between Joe and Cobra. Dad scrapped the Outer-Space Station and built the most badass Joe base ever created. It was his own design. Clapboard buildings. An obstacle course. Working street lights and sirens. A lake. A stone prison. A rope bridge. It was the only playset that could top the Woman’s Day Outer-Space Station. I don’t have any pictures of that one. But I’ll never forget it.