The riddle of plastic is finally answered

“To crush your enemies, see them driven before you, and to hear the lamentations of their women!”

Why was this never a kids’ toy?

I no longer have the available shelf space nor the disposable income to play with toys the way I used to.

And for that, I blame my children. But that doesn’t stop me from window shopping. And the toys keep getting better and better.

We never got Conan the Barbarian toys when the movie came out. And that was tragic because a Wheel of Pain playset would have been awesome, Thulsa Doom’s Palace would have rivaled 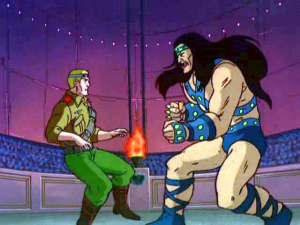 Castle Grayskull and Duke surely would have found his way into Conan’s Gladiator Pit if only to recreate this scene from the Joe cartoon.

But we never got the Milius masterpiece inspired toys we deserved. Even when they finally made Conan figures in the early 90’s, they looked like someone had left a batch of He-Man figures in the sun for too long.

But now they’re making up for that plastic hole in our childhood with some insane figures.

There are a couple of different Conans. Now kids everywhere can discover the Riddle of Steel for themselves.

And Thulsa Doom comes with two James Earl Jones’ heads so roll one down the steps. Just like in the movie! That’s what they call a play feature.

They even have mustache guy and big hammer guy who apparently had names in the movie. 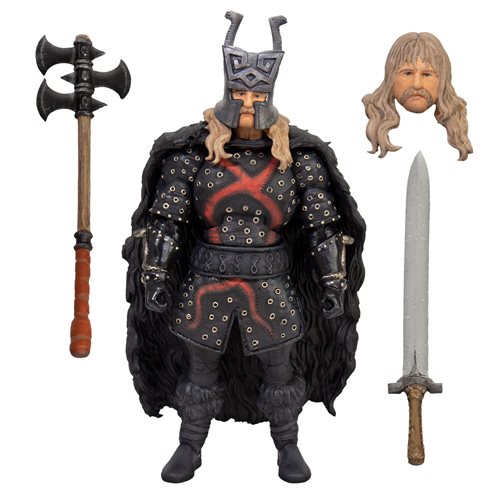 But for fans of the character’s literary origins, this is what’s best. 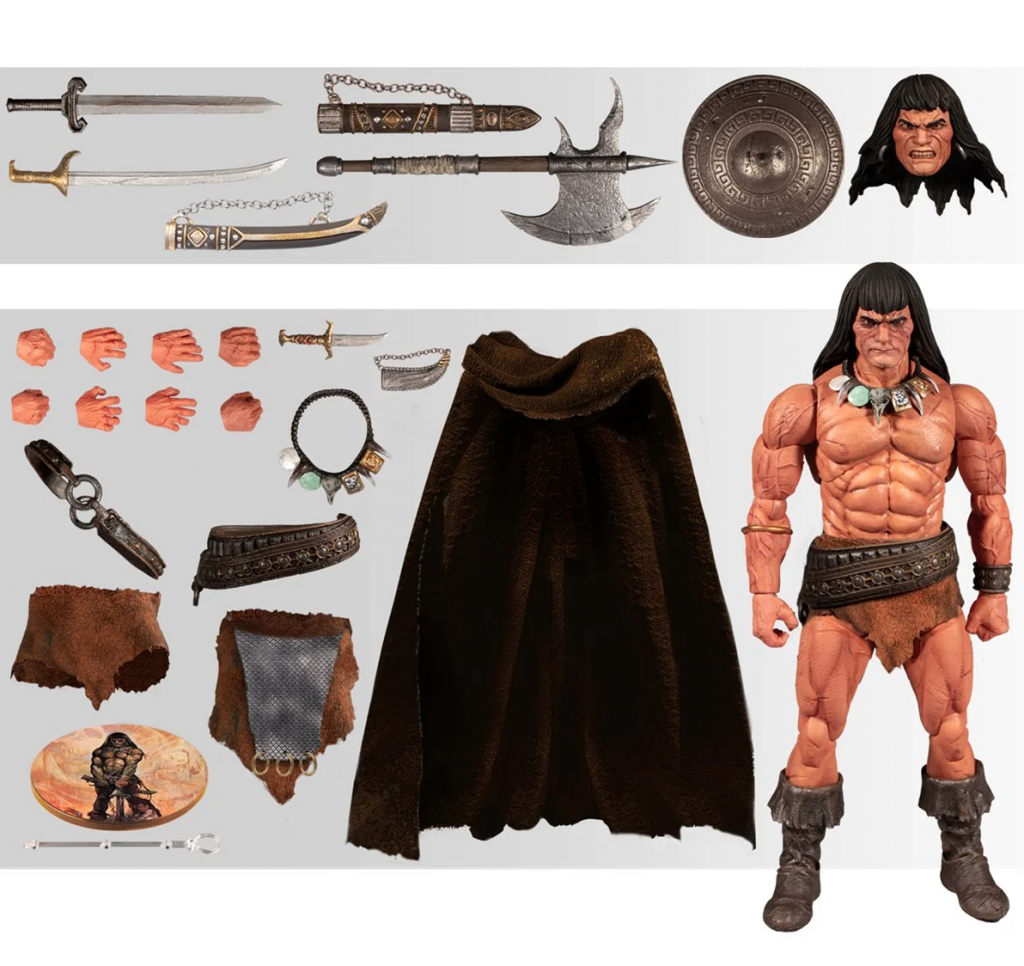 Mezco is making a deluxe version of Robert E. Howard’s creation based on Frank Frazetta’s classic artwork. It’s posable enough to recreate some of the covers. (Click on the image to scroll through some additional images.)