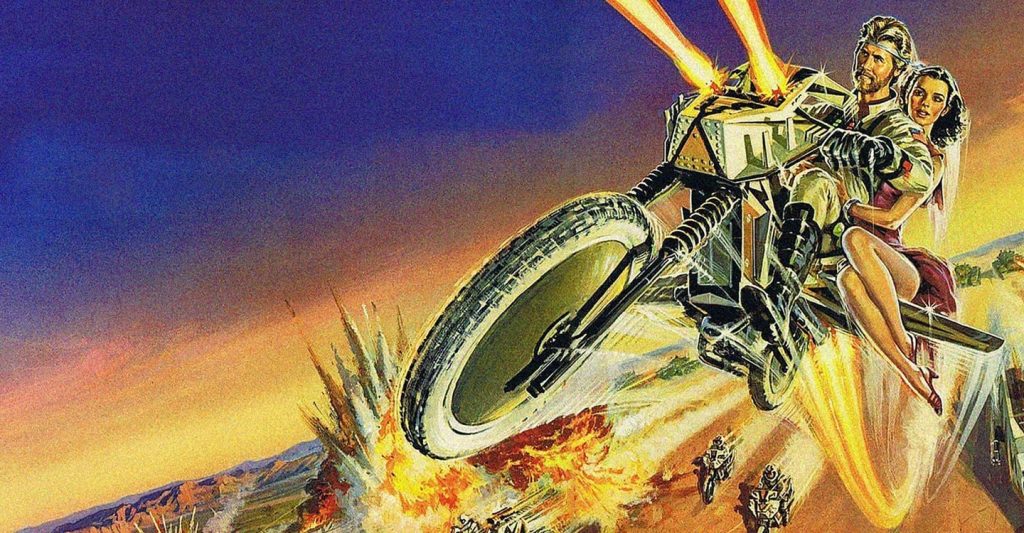 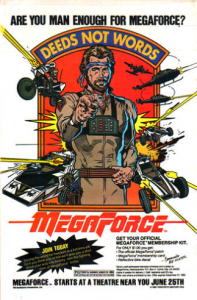 As we look forward to a new year I’m reminded of these words printed across the page of a hundred comic books from my youth. Beneath them, a well-coifed Ace Hunter, leader of the crack military team Megaforce, directed a finger at all of us, daring us to live by this creed.

In today’s world, we’ve replaced action with tweeting. We convinced ourselves that adding our signature is the same as contributing. And we’re certain that the more metaphorical stones we throw at others, the better it makes us. 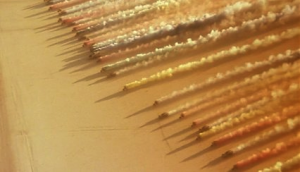 Is this what the men and women of Megaforce would do? Hardly. When they saw a problem, they confronted the source of the problem — Henry Silva. And Ace Hunter didn’t wag his finger and “tsk tsk” the man, he assembled the world’s greatest soldiers and airdropped the world’s most advanced military equipment into the conflict where they did sweet jumps while trailing colored smoke across the deserts of Sardun. That is what taking action looks like. 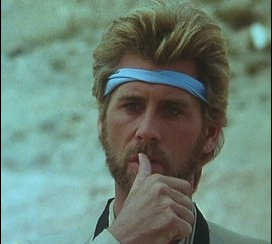 Commander Hunter asked us another question — Are we man enough? I think the time has come to say, “Yes!” It’s time to put away our words and don the proverbial lithe and lustrous bodysuit — or unitard, or monopants, or onesy, or whatever that thing is — kiss the thumb and hop on our flying motorcycles to start making a real difference.

Deeds Not Words.
Thank you, Ace.

This is old stuff. Newsletter subscribers got it way before you did. Get it when it’s new. Get Graying Matter delivered to your inbox each week. You’ll get a free book, too. Sign up here.