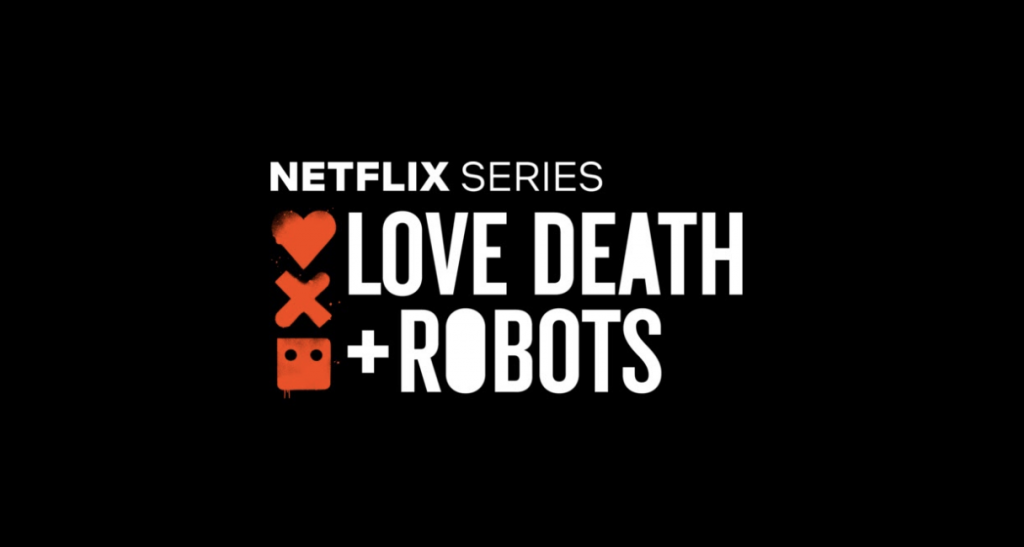 I sat and watched the entirety of Love Death and Robots last night.

Morbid curiosity got me through the first  three episodes. But I’m glad I stuck with it because I really enjoyed a lot of the stories in the series.

If you’re not familiar with the Netflix series, it’s an animated collection of science fiction short stories. It’s brought to us by Tim Miller who also directed the first Deadpool film. Every episode has a different animation style and range in tone from silly to sick and freaking twisted. Here’s a quick run down of what I thought. 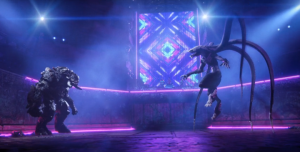 The gist: A woman telepathically controls a pit fighting monster but all is not as it seems.

What I Thought: WTF did I just watch? If the rest of these are this sick,  I’m out. 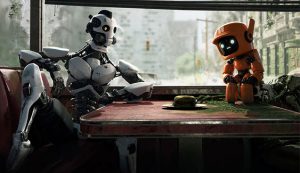 The Gist: Three Robots go on a tour of a post-apocalyptic city and discuss why humans disappeared.

What I Thought: Tom Servo had a great line about puns. He said he didn’t like them because they are written like jokes but aren’t funny. I felt the same way about this episode.

The Gist: A young woman sees a murder occur across the street. The killer sees her. She runs. He gives chase. She performs at a strip for some reason. He catchers her and there’s a twist.

What I Thought: Strike Three. This show is not for me. The animation style of this one was really interesting and that kept me watching. But I was done. 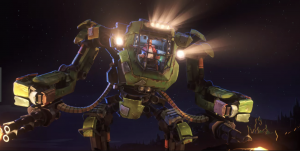 The Gist: A farmer notices a breach in his fence line so he hops in his tractor/battlemech to go deal with it.

What I Thought: So I wasn’t done. I was too lazy to stop it before this episode started. It was great. Leiningen vs the Ants but with mechs and aliens. If there were gems like this hidden in here, I was back in for the duration. 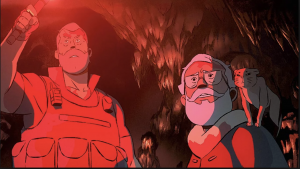 The Gist: An archeologist and a mercenary unearth Dracula.

What I Thought: The story was okay. The animation was a bizarre mix of Mike Mignola and Tin Tin. 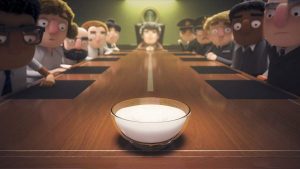 When the Yogurt Took Over

The Gist: Super intelligent yogurt takes over the world.

What I Thought: Meh. Too wacky for me and I didn’t like the animation style. However, I give them all the points for having Maurice LeMarche narrate it. If you’re going to have yogurt take over the world, the is no better voice than that of Brain to tell us about it.

Beyond the Aquila Rift 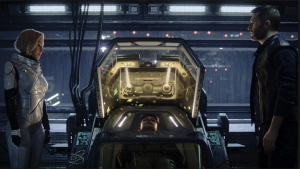 The Gist: Mars is Heaven but with a pretty heavy sex scene on bar with when Dalton bones the Doc in Road House.

What I Thought: The animation was great. It looked like they expected to cast Hugh Jackman but then didn’t. 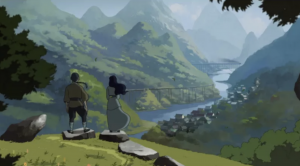 What I Thought: The animation was amazing and I’m sure there’s a lecture in it somewhere but I’m not going to dig for it. Lots of cartoon naughty parts. The second most disturbing one of the bunch. 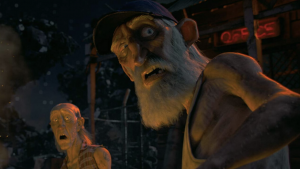 The Gist: An old man lives happily in a dump and isn’t going to let some duded up city slicker tell him what to do.

What I Thought: I didn’t really need to see a hillbilly’s pecker. Also, if you don’t see the twist coming, have your vision checked. 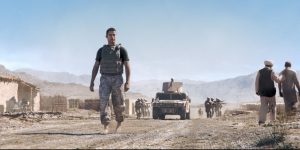 The Gist: Werewolves (and prejudice) in the army in Iraq.

What I Thought: If you look past the ham handed symbolism, it’s werewolves in the army in Iraq. And that’s pretty cool. 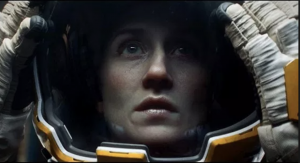 The Gist: After a bit a space junk takes out her oxygen and maneuvering capabilities, an astronaut is left to die meters (NASA uses metric) from her salvation.

What I Thought: It was really well done and good and I’m never watching it again. I’m still grimacing from this one. 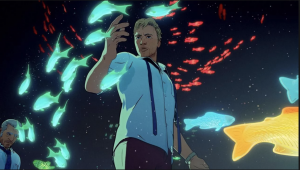 The Gist: The Rookie gets the worst (or in this case, cursed) ship.

What I Thought: This one was amazing. The animation was so good that it had to be mocap. The action sequences were great. It was a cowboy and his horse but the horse was armed to the teeth. 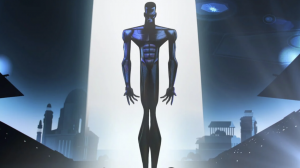 The Gist: A galaxy famous artist is about to present his final work and grants a once in a lifetime interview.

What I Thought: Thoughts so deep I didn’t care to follow. The animation looked like a cross between Aeon Flux and Doonesbury. I haven’t looked but I’m guessing the story came out of the mid to late seventies. 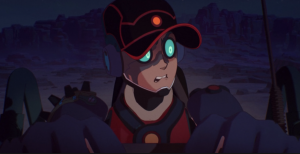 The Gist: A crew of robotic thieves set out to rob a heavily guarded truck.

What I Thought: I liked this one. It felt like a parody of an 80’s Saturday morning cartoon (but with more overt dick jokes). 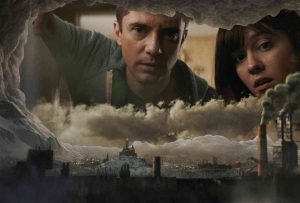 The Gist: The episode of Futurama where Bender is lost in space and he watches a civilization develop on him but with Topher Grace.

What I Thought: It may have been the same source material as the Futurama episode so I won’t call it a rip-off but it’s pretty much the same thing. It was decent though and fun to watch. But, Bender did it better. 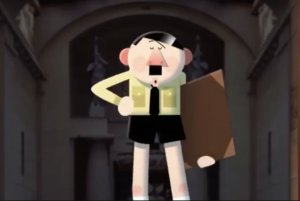 The Gist: How would things change if Hitler were beaten to death when he was an art student? Or struck by a meteor?

What I Thought: This one was fun and silly. But back when the internet was really young I found a story online that asked the question if we could go back a kill Hitler, should we? They reasoned that it would only make things worse, so we should only go back and kick him in the ball. But if that technology was available, everyone would be traveling back in time to kick him in the nut so we would have to make sure there wasn’t an overlap in nutkickers. This meant that, from his Hitler’s perspective, every single moment he was alone someone would pop into existence in front of him, sock him in the nad and disappear. They reason this is what probably made him paranoid and crazy. With great power etc… And that Hitler killing story was wayyyyy funnier than this one. (If anyone knows about this story please tell me. I’ve not been able to find it again). 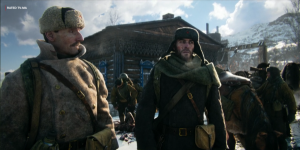 The Gist: During WWII and group of Russians soldier track a far deadlier enemy.

What I Thought: I thought the first episode or the Chinese fable/whore one would be nightmare fuel. This was literally nightmare fuel. I watch it, went to bed and it just kept going. Great animation and a cool last stand war story with demon creatures.

Each episode is 10 – 15 minutes. They only one that feels longer is Good Hunting. There are a few that are really worth watching and some that should have the creators put on a watch list.