The Last Band of the Apocalypse’s Merch Table

Caught between state fair gigs when the bombs went off, a struggling cover band soon found itself the last band in the world.

With this dramatic shift in market forces, they decided to cast off their pre-end moniker and rebrand themselves as Harmeggedon, the most metal band in the world. Now you can get exclusive merch from their inaugural It’s Only the End of the World Tour. Tour Shirts. Tour Posters. Band Stickers.

Read all about Harmegeedon in Tales of the Apocalypse. Get your merch below. 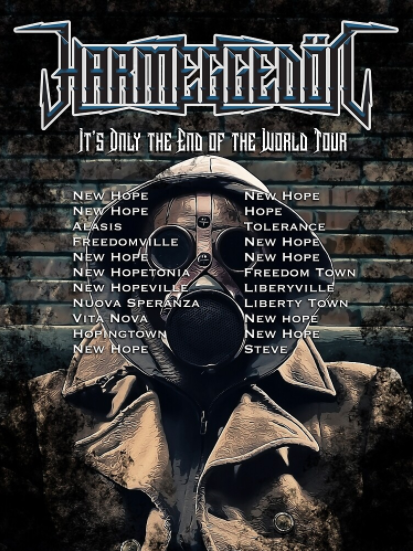 Put this in your man cave! 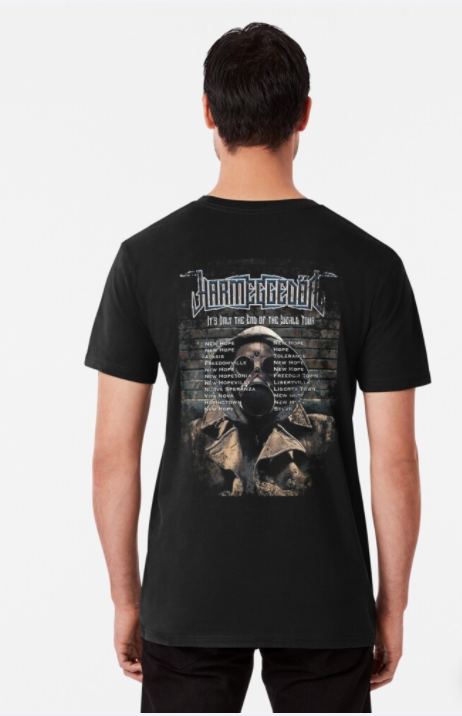 STICKERS FOR YOUR POST-APOCALYPTIC TRAPPER KEEPER